Home > About Us > Leaders

Learn a little more about our leaders at Mickfield Evangelical Church.

I’m Rich and this is my wife Kathryn. We have two children, Joshua and Poppy. I grew up in Hull (Yorkshire) and studied History at the University of Nottingham. Kathryn grew up in Ipswich but has lived in Sheffield, Hull and London. She is a doctor. We got married in 2013. Together we have moved from Hull to London, then on to Bedford and we have recently moved to live in

Debenham. I am delighted to be joining the leadership team at Mickfield Evangelical Church. We are looking forward to settling in Suffolk for the long-term. We have lots of family round here and we’re looking 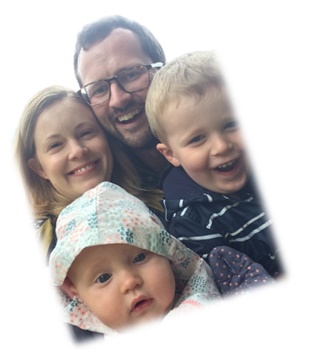 forward to getting to know people and continuing the work of the church here. We all enjoy being outdoors. And I love books, coffee and Rugby League!

I am David & this is my wife Ruth. We have lived in Crowfield Village since 1987 and have been part of the Evangelical church here in Mickfield since 1997. We have three children and four G 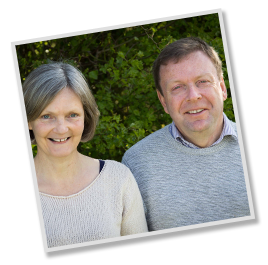 rand children and we love them all dearly. We also love our church family dearly and it is a real privilege for me to serve as an elder of the church and to play bass guitar and occasionally brass in the music group. I have been a Christian since 1978 and with each day that passes I can see and know God’s guiding hand at work in both the joys and sorrows of life. It is so re-assuring to know He has a big plan for all of us.

Since I retired from British telecom in 2014 I have started a small electrical business which puts my previously acquired skills to good use. I also am a bit of a petrol head and quite like tinkering with vehicles that include an internal combustion engine. When I am not doing either of those, the likelihood is that I will be enjoying time at home or with the church family. 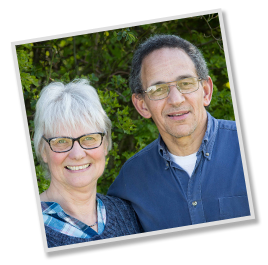 Hello, my name is Kevin. My wife, Audrey, and I moved near to Mickfield 12 years ago after spending 32 years at my previous church in Martlesham. I became a Christian when I was 16 and it has been so good to witness God’s goodness and faithfulness over many years and now to be worshipping  and having fellowship with my Christian family here at Mickfield. I serve in the church as an Elder and help out leading the praise and worship.  Audrey and I have three grown up daughters and 3 grandsons. When I’m not at church I’m either working for the NHS, relaxing (taming the garden) or finishing off the extension! However I do find time for some other things. 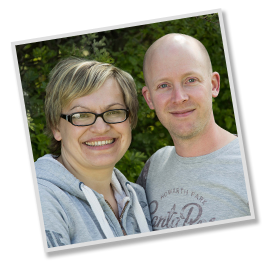 My name is Richard and I’m married to Lena. I’ve always been local to the area and my wife is from Belarus. We met at the church back in 2006 when Lena came to stay with ‘serving in mission’ in England to improve her English, so she could go on to do missionary work in Ethiopia. We later got engaged when I visited her in Ethiopia and then married in England after a few visits to Belarus. We have been blessed with 3 children, the youngest 2 of which are twins (which was completely unexpected!)

I have been at this church for the last 15 years and it has been such a great blessing in my life and for my family. I actually first put my trust in Jesus at a children’s holiday club at this church back when I was 6 years old, so I’m glad God has led me back here from the age of 21 to serve and fellowship at the church as an adult.

Some of my responsibilities here include the role of an elder, leading the praise and worship music, and writing various articles for outreach. My hobbies include playing guitar, films, music, and spending time with my family and friends. 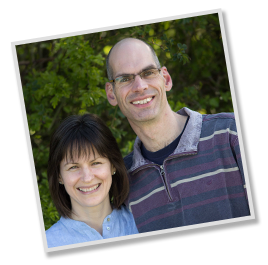 Michael Lawrence (along with Luke Salisbury) is an elder/leader at Great Blakenham Baptist Church. The two churches are partnered together. And the leaders at Mickfield work closely with Michael who has performed a lead role during a time of leadership transition at Mickfield. My name is Michael Lawrence, and I’m married to Suzanne. I was born in Burnley, Lancashire. I’ve lived in Great Blakenham since January 2014. We have 4 children: Natalie (12), Tim (10), Aimee (8) and Benjamin (4). I was brought up in a Christian home with two brothers and two sisters. I knew all about Jesus from going to church and children’s clubs. At the age of 7 I asked Jesus to be my Saviour. I have been involved with WEC Camps since the age of 18, which are Christian Camps for 9-17 year olds with an emphasis on World Mission. These have been some of the best holidays I have had, making lots of friends and eventually serving with WEC International, in the Youth Office, full time for 10 years before moving to Suffolk. My hobbies include following Burnley FC, Playing games, Chess and watching sports.

About Us
Upcoming Events