A life for a life 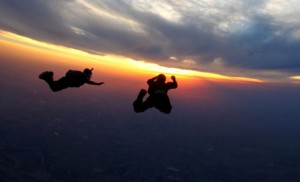 According to the Chicago Tribune, on June 22, 1997, parachute instructor Michael Costello, forty-two, of Mt. Dora, Florida, jumped out of an airplane at 12,000 feet altitude with a novice skydiver named Gareth Griffith, age twenty-one.

So it was at the cross, Jesus died on the cross to take the punishment for our sins, and if we will put our trust in him we will likewise be saved.

Truly, truly, I say to you, whoever hears my word and believes him who sent me has eternal life. He does not come into judgment, but has passed from death to life. John 5:24.

Our traditional Christmas morning service will be held on 25th December at 10am. Numbers are limited in the church building but the marquees will also be open and have patio heaters and not forgetting the illuminated  Christmas tree. Come and join us on 25th of December to hear about the real meaning of Christmas.

Carols by starlight. 4:pm, 20th December 2020 at Mickfield Evangelical Church. This service will be held in our open sided marquees on the meadow. Wrap up warm and enjoy a service of carols and Christmas readings from the Bible. If you would like refreshments after the service then please bring your own mince pies. Corona […]